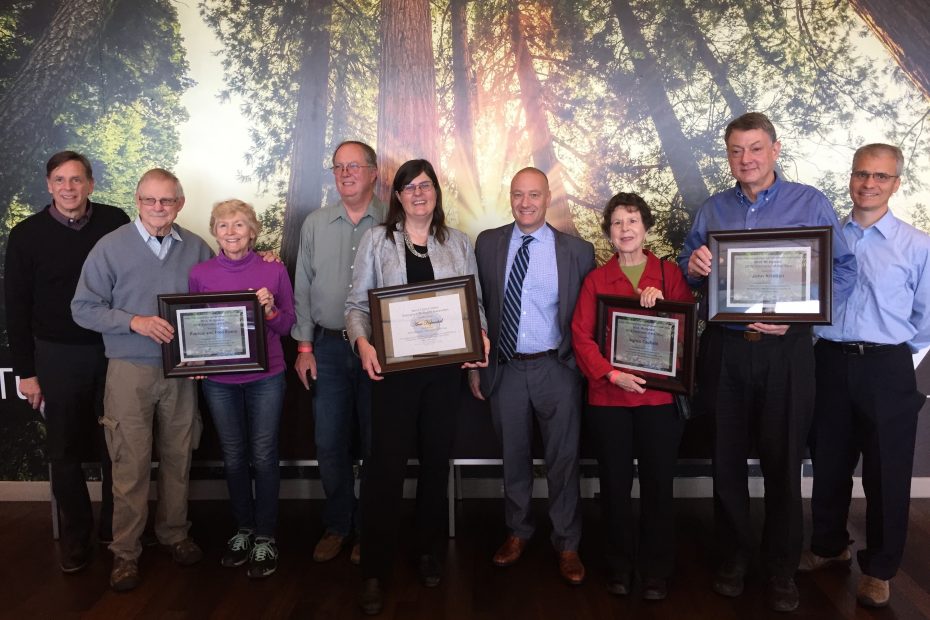 Los Altos Emergency Preparedness Coordinator Ann Hepenstal was named Emergency Manager of the Year, and Keith Amidon, Peter Amidon and John Kristian were recognized for their continual service as Ham radio operators at the County level. Each City in Santa County selected its volunteers for recognition, and the Emergency Manager of the Year was selected among nominations coming from all the cities in the county.

This couple leads a Block Action Team (BAT) in their Arbuelo Way neighborhood. Both Fred and Patricia are members of the Los Altos Community Emergency Response Team (CERT), and Fred is an amateur radio emergency communications volunteer. They are active in the Los Altos PREPARES program, and hosted an emergency preparedness volunteers’ drill in their BAT. They were awarded a 2018-19 City of Los Altos Community Emergency Preparedness Grant as well as a mini-grant from the Earthquake Country Alliance, and used the funds to prepare a neighborhood directory, hold training classes for their neighbors, and lead them to improved levels of preparedness.

A BAT leader in the Toyon Farms neighborhood, Agnes also hosted an emergency preparedness volunteers’ drill in her BAT, and has diligently worked through issues with emergency evacuation routes for her neighborhood. She used a 2018-19 City of Los Altos Community Emergency Preparedness Grant to compile an emergency preparedness/evacuation guidebook and directory for Toyon Farms, and held an evacuation drill leading her neighbors to practice their route out of the community.

Along with Jim Oberhofer of Cupertino, these members of the Los Altos Amateur Radio Emergency Service (LAARES) have developed standardized forms (message forms, resource request forms, etc.) that can be sent via amateur radio. These forms are used by every agency in the county. These forms are now used by all amateur radio emergency communications operators in the county–all cities and the County EOC.

The City of Los Altos Emergency Preparedness Coordinator was recognized for her work improving the emergency preparedness in the City.

The exhibit, Our Community Prepares – Acts of Nature, Then and Now, opened in October in alignment with the 30th anniversary of the Loma Prieta earthquake. Ann has tirelessly delivered a message of preparedness to both City staff and the community for the past 2 years.

Congratulations to these awardees! And, thanks to all the community members who help to strengthen our City’s level of emergency preparedness. 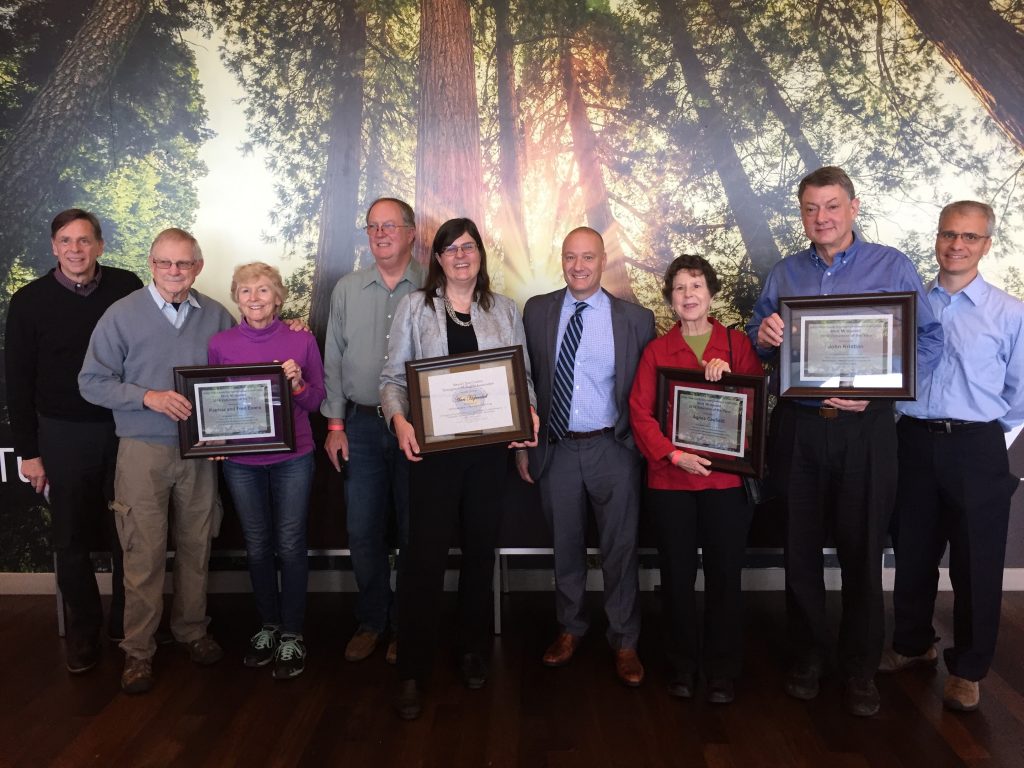 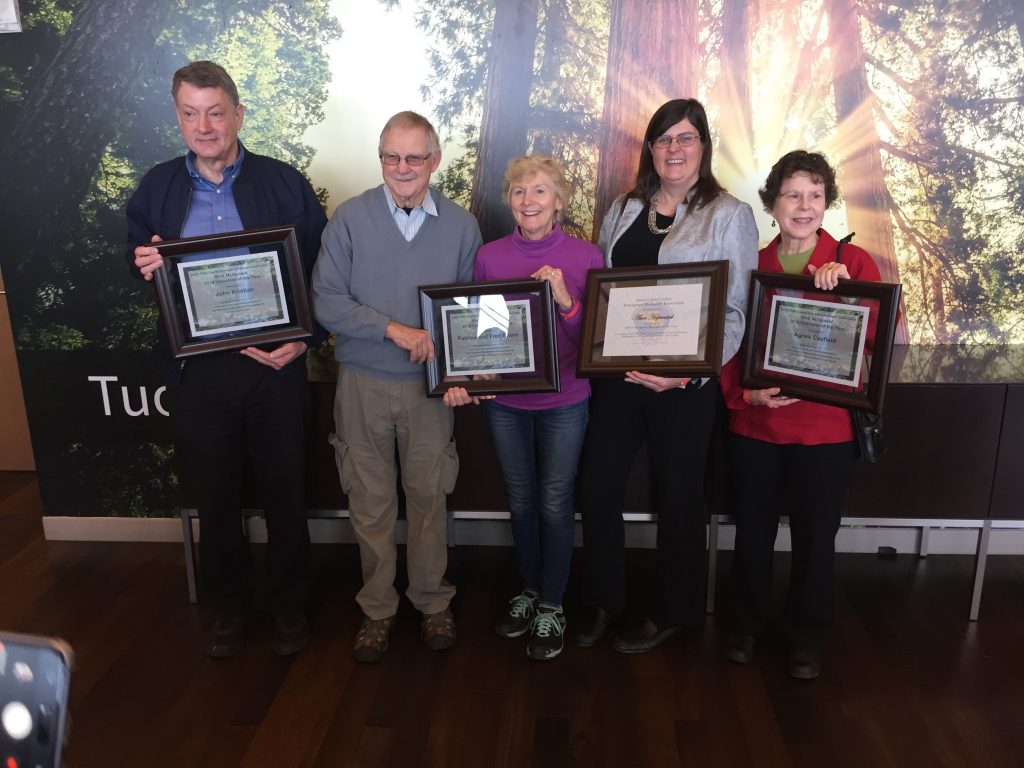 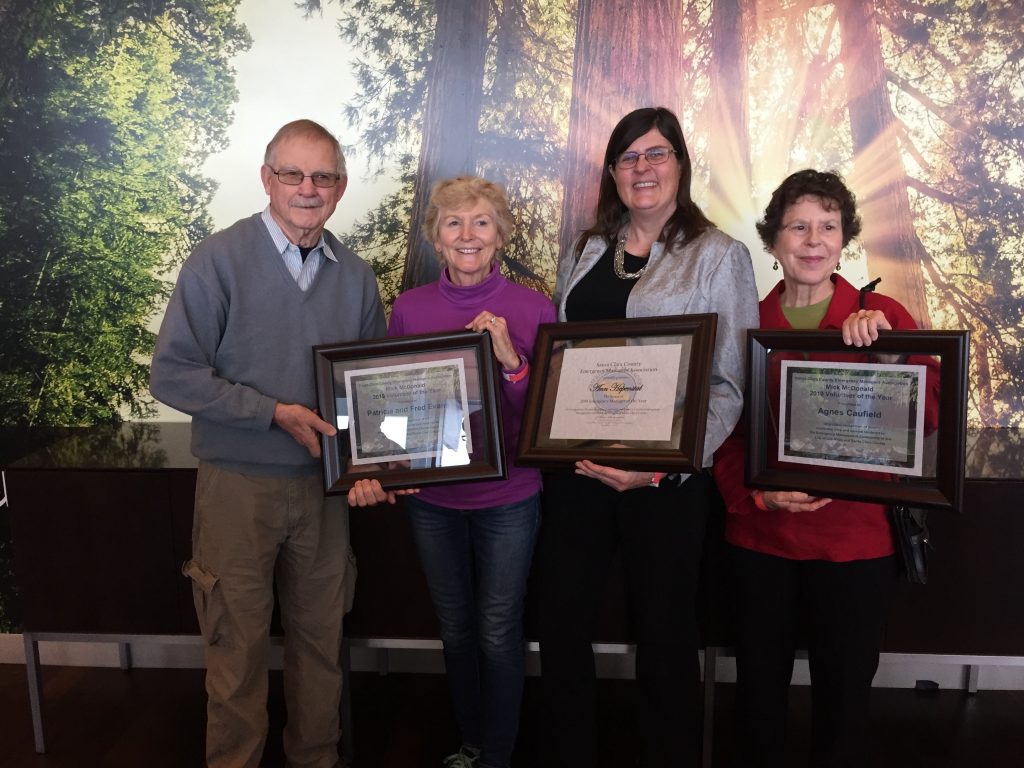