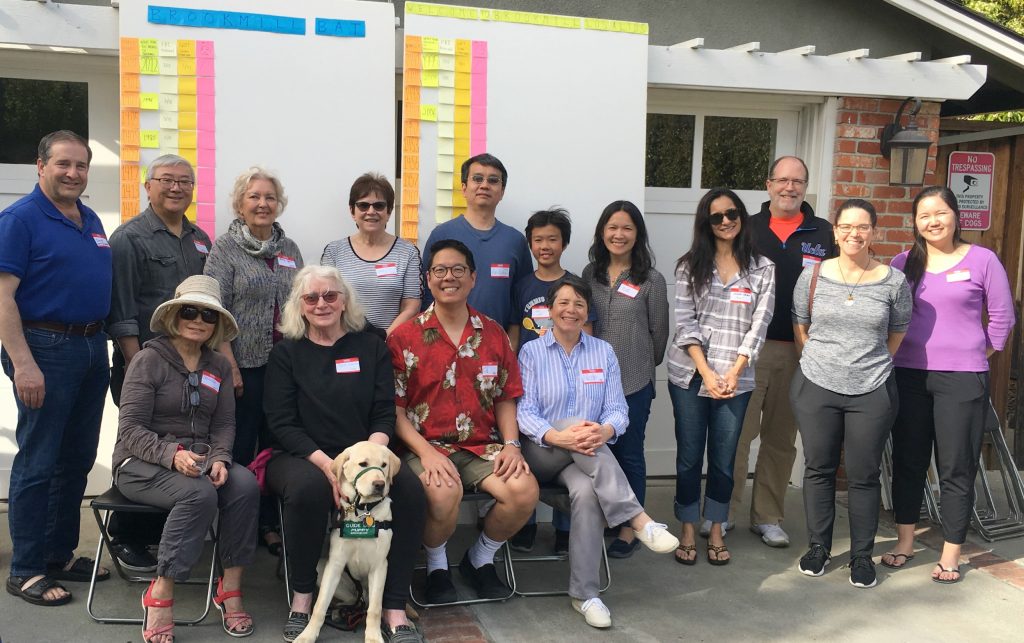 BAT #35 connecting with each other (and Ridley the future guide dog setting an example of caring, too)!

Los Altos Community Foundation BAT Program Manager Nadja Jackson thanked the leaders for their volunteer service and encourage continued neighborhood involvement in staying connected, caring for each other, and preparing for the future. 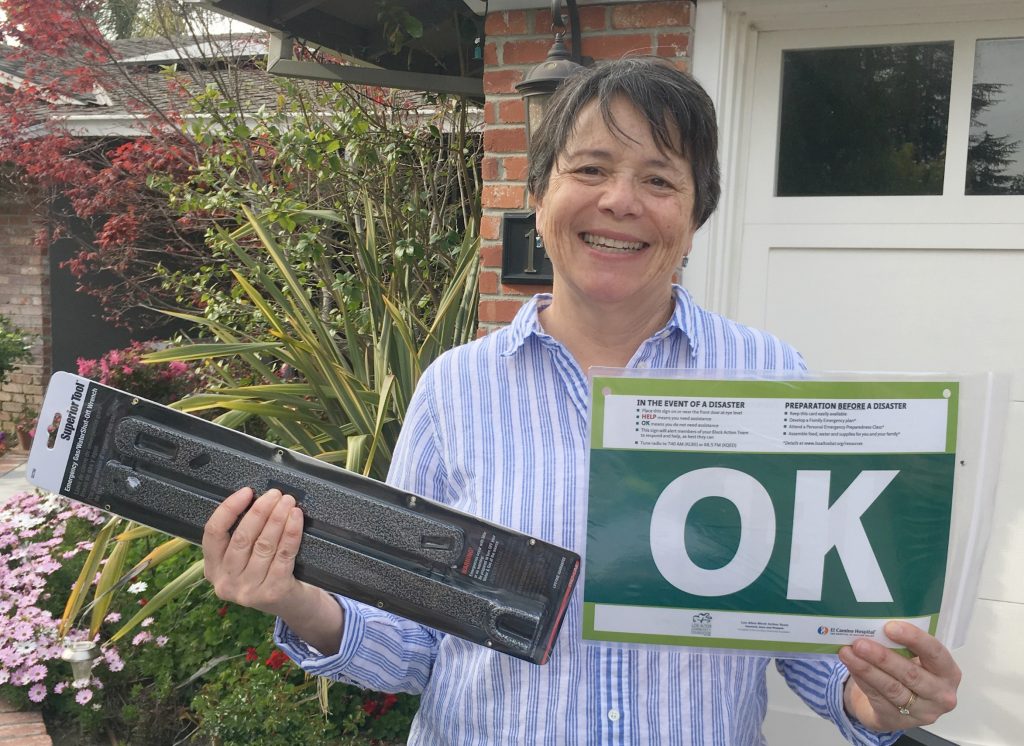 BAT Leader Nicole Frees shows she’s prepared with an OK sign for her home and a gas shutoff valve in case of emergency.

“We have a whole series of block parties planned for this spring and summer, each with their own themes,” said BAT Co-leader Ed Yu. “Nicole, Celia and I have been having fun doing the planning, and the newer families were really excited for the opportunity to meet their neighbors!”

Since 2013, we’ve trained nearly 300 BAT Leaders with over 2,500 Los Altos households who are part of Block Action Teams!

Check out the BAT Map to find out if you’re already part of one, and if you aren’t, grab a couple of neighborhood buddies and sign up for FREE training!